This is an old blog post from 2011 and boy, is life different now. It’s amazing how much positive I see the situation I’m in now – which is a far cry away from the scared girl who wrote this post before being given the gift of knowledge. 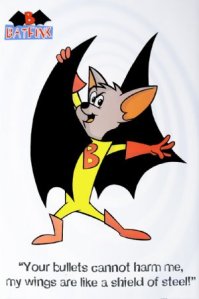 I figure there’s a million different ways to react when someone you love dies. No two circumstances are the same, no two people emotionally identical, and no response should be deemed normal or abnormal.  However I do think there are common responses to losing someone who has given you unconditional love since the day you were born.  Provided you with the answer to every question you’ve ever had and acted as the most inspirational role model you’ve ever had, and maybe, you’ll ever get.

Some people go into depression, shut themselves off from the world and lose the will to live.  I believe that some people die from a broken heart, and some find comfort in the love of another.  A current partner, a new partner, or even a band-aid baby.  There’s a big gaping hole to fill, so someone else provides some sort of plug.  Substance abusers or obsessive compulsives lose themselves in their  obsessions.  The floaters spend their lives moving from one thing to the next, hoping that the next place won’t hurt as much as the last. Or your independent ones wrap themselves in MC Hammers trousers and repeat his mantra, ‘you can’t touch this’, in reference to their heart.Maybe I’m being too simplistic.  If I think about me I’ve definitely had bouts of depression.  I’ve certainly lost myself in a bottle of wine or four.  I’ve controlled my food within an inch of my life and I even became a fitness instructor on top of a full time job and busy social life in order to literally run away from the pain.  I’ve run away twice, once from Cardiff to London, and the second time from London to Sydney.  However, my main response has to have been my shield of steel.

I haven’t really had a relationship since my mum died.  The ones I did have, I was either clingy and needy or closed and unreachable, afraid to get hurt.  I knew no one could replace my Mum, so why bother trying to even think about loving someone again?  It’s not that I couldn’t have a boyfriend.  I just chose the ones that didn’t want to be one and ran from the ones that did.

10 years on and I have the pleasure to meet the lovely Mr F.  Kind, funny, caring, and one of the may parts to the reason I came to making my decision to get gene tested.  He made me believe I could have a life.  A life where someone loves me, where I could think about having children.  A life where I had a future.

However, 10 years is a long time not to let anyone in, other than friends on your own terms, in.  Someone recently told me that my emotional fridge has gone septic.  I’ve left food brewing there for so long my fridge has given me a superbug, and it’s function has collapsed.  My emotions, that may or may not have been released by the possibility of being in love, have gone haywire.  I have spent about three months crying.  Pretty much every other day.  This as you can imagine is not good for any fledgling relationship.

I ask him for guarantees.  That he’ll tell me where we’ll be in 6 months.  That he’ll promise me we’ll live together in a year, be married in 3. The terrible thing is that I don’t even know if I want these things.  Not just now at any rate?  The girl i knew with the shield of steel would never behave like this, never request a rubber stamp on a relationship that’s barely started.

What I can’t put into words though, is that I’m so scared.  I’m terrified.  I feel like death is around the corner, and even if it’s not, what is, is a life as a baron and asexual 35 year old with too many issues to ever be with anyone else.  I’m terrified that I don’t know what’s about to happen to me and I just want someone to look into their crystal ball and print me off a report of my life for the next 10 years, thank you very much.

I first wrote this on March 7, 2011, before i had been tested to see if I had a BRCA mutation. Life’s very different now, as is my mindset, but I thought it was worth starting at the beginning – or at least somewhere in the middle. 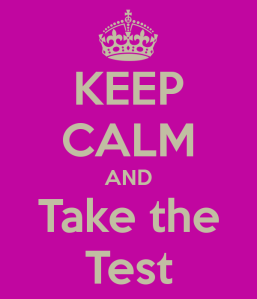 How I got here?
So the road to getting to this spot in my life, where I’m putting in the processes to find out if I have the BRCA gene, is a long and complicated one. But isn’t everyone’s? No one really gets up in the morning and has an innate fear about getting cancer unless there’s some other stuff going on.

Mine probably started when my mum contracted breast cancer at 43. I was 17. Mine and my family’s world was rocked. My mum on the other hand had an eerie inevitability and acceptance about the diagnosis. As though she always knew this day would come. Her own mum died at the rip old age of 53, and there were a couple of Aunty’s in this genetic cancer pot also. 3 years later, with a 2 year respite in between, she was dead. Ravaged by a cancer so aggressive it ran through her body like wildfire.

I’m sure I’ll talk about my wonderful, strong and vibrant mum about a million times in this blog, so forgive me for not covering everything about her here. I will, I promise. And will probably repeat it again and again further down the line.

So 10 years ago on 22nd January, the game of hide and seek I play with the dreaded C bomb began. Even though I didn’t admit it did. I refused to even talk about getting tested back then. I didn’t want a ‘life sentence’ hanging over me. Ironic really, because it has, and I’ve reacted accordingly. Running from my home town Cardiff in the cold South Wales (not the hot new one I live in now), I went to London to begin my journey of avoidance. lots of booze, a couple of eating disorders along the way, an obsession with exercise which remains, a lack of meaningful relationships with people who aren’t my friends, and friendships on my terms I guess? Almost 9 years after and it’s time to run, take two. This time to the other side of the world; Australia. Surely cancer can’t find me here.

At places during this time my mindset has shifted to this point today. I twice decided to speak to someone about getting tested. At the time I would never have contemplated taking the measures I’m contemplating today following a positive result, but I was curious. However, science or the UK health system wasn’t the same at the time and no one could really find anything without testing a living relative who had or was suffering with the disease. 3 years ago, maybe more, my uncle, my mother’s brother died of prostate cancer. With a positive test for carrying the BRCA gene I now have the knowledge needed to see if I too am a carrier.

And in a massively summarised version, this brings me to today and this blog. I have spent 10 years developing an exterior made of steel. Priding myself on this exterior. In hindsight I don’t think it’s done me any favours. But as I made the decision to start the process to find my ‘elephant in the room’ I have become a bit of an emotional wreck. The information I need to process is overwhelming and one curve ball of consideration after another keeps cropping up. So whether this helps at all, this is my current form of therapy. A journey of discovery in so many ways. For myself, my emotions, my knowledge, and my relationships.

My goal? It’s not to find the gene I don’t think. I think it’s to start living my life again. To enjoy, to stop putting everything off. To grow up and enjoy being an adult, without the fear of my life ending dramatically and suddenly. Who knows. I may find the opposite. Find the ‘elephant’. Reach my ‘inevitable’. But at least I will have tried. Tried to act on the knowledge I have. Stopped playing hide and seek with cancer. 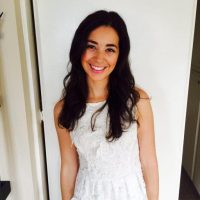 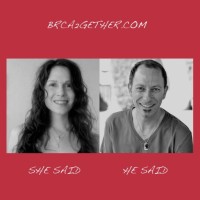 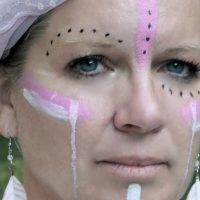